Possibilities are Much More than the Used Resources 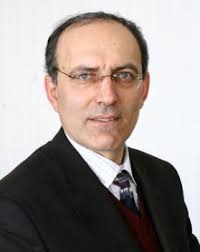 – How would you evaluate the cooperation between the Armenian Diaspora and the Second Armenian State?

– As a whole, despite the warm ties, the Artsakh-Diaspora relations do not seem satisfactory for me. The nation is in need of joint efforts to tackle problems. The fact that we achieved victories on the battle field is a result of the Armenia-Artsakh-Diaspora cooperation, I think, but unfortunately, we cannot say the same about the economic front. The fact that NKR is not recognized prevents the country from living a full life, ensuring the economic development, using the assistance of international funds. In such circumstances the Diaspora has to do much more, and the demand to it grows. I would like to single out our compatriots in Russia: in not so distant past they were citizens of the NKR and Armenia, so they should be concerned with the fate of the homeland. The stronger is the homeland, the more secure they would feel themselves.

Certainly, it does not mean that Artsakh does not get aid from abroad. The help of Diaspora can be seen everywhere: roads are constructed, deposits are exploited, the village of Vank in the Martakert region is the best prove of that. There are numerous examples of the kind. But I think that our compatriots should pay more attention to development of the rural settlements, modernization of infrastructures, reconstruction of cultural and educational facilities. We must not forget about the colossal support, provided to us by the Diaspora, but at the same time we should not be satisfied with what we have already got, as far as the war with Azerbaijan has already moved from the battle field to the economical area. So the conflict will be won by the party, succeeding right in that area. This means that we have to apply our efforts much more to make the borders of our country strong.

– How is the potential of the Diaspora used to promote the international recognition of the NKR?

– In this sense we have made some mistakes as well.  Unfortunately, because the NKR is not recognized, it is unable to conduct an active foreign policy, but the Republic of Armenia has such possibilities: its ambassadors, consuls, other people, engaged in this field have a lot to do in working with the Armenians in the Diaspora. A majority of our compatriots are frequently unaware of the problems faced by Armenia and Artsakh, they do not know about their concrete needs. Sometimes it is necessary to persuade these people, to work with them with the aim of obtaining some results. No secret that 7 of 10 millions of Armenians live outside their homeland, and we have to use properly such a colossal potential, as far as, unfortunately, we have no natural resources. In short, the possibilities are much more than the used resource.

– We expect the financial assistance from the Diaspora, meanwhile the intellectual potential of our compatriots is not demanded yet.

– Yes, I agree that it is necessary to use the intellectual potential of the Diaspora as well. I work at the Artsakh University, so I can say that some steps have been taken for it in the recent years: contacts have been established with our scientist compatriots in Russia, some of them are even working here.  They come, read a course of lectures: I think, we have a lot of possibilities for using the intellectual potential. There are so many scientists of the Armenian origin in the world, and they are able to help in the economy and other spheres! Although we have a structure, coordinating the financial assistance, “Armenia” Fund, a scope for cooperation in many other fields still remains open.

– How do you explain the lack of the demand?

– I would not say that the demand does not exist; it has simply been fallen into oblivion. Somebody has to be occupied with it, establishing communications, and the initiative should proceed rather from here, because it is we who are in need of that and we should try working with those people.

– Why is the Diaspora contented  with cooperation mostly with the authorities, more precisely, in the humanitarian sphere, and does not try to find  any facets of cooperation with the public sector, not taking steps at developing democracy and human rights in Artsakh?

– By the way, it is also true with the unused resources. For example, both Artsakh and Armenia do not use the colossal professional potential of the Diaspora. The point is that the staffs of governmental bodies in Armenia and NKR have the Soviet education and training. Certainly, it has both positive and negative sides, but, anyway, we fail in integrating into the outside world and feel the pulse of Europe. I think it is possible to engage people from the Diaspora into our economy, into the work of the state structures, which will not only let us integrate into Europe, develop democratic traditions, but also strengthen the ties between NKR, Armenia and Diaspora. They will live with us, settle here and pass the best traditions of their countries to us.

The point is that many think that it is easy to build a state in 10 years, although it is a very complicated process. It is necessary to “feed up” the authorities with young forces, because life changes so fast that people simply cannot stand the rhythm; meanwhile young people can help solving this problem. So the support of Diaspora in all spheres, including the mentioned one, is necessary.

I think that another sphere, where resources have not been used so far, is the formation and development of the army. I have no ready-made prescriptions, but we should also think about the possibility for our compatriots from the Diaspora to serve in the army. This issue is, certainly, connected with the problem of the dual citizenship, but, I am sure, we can find some options. As far as Russia is considered our strategic partner, it is possible to start just from it, to create some possibility on the state level, allowing for our compatriots from Russia to serve in the Armenian army.

– What can Karabakh give to the Diaspora?

– When the bilateral relations are strengthened, it is for the benefit of the both sides. First of all, it will lead to reinforcement of the NKR and Armenia; as for the Diaspora, in its rear it will get powerful states, able to defend our compatriots abroad and support in various issues. On the other hand, it will let the Diaspora survive, as far as the contacts on the ethnic basis allow the young people to communicate with the homeland, to be smitten with warm feelings for it and preserve the national identity. Artsakh can impart the national spirit to the Diaspora, as far as we succeeded in shaping unity during the national-liberation struggle. Unfortunately, we are few, but the consolidation let us tackle a lot of problems. It is in the conditions of convergence with the Diaspora, we will be able to embed the main principle: the Diaspora should be national, and when solving fundamental tasks it is necessary to display unity, regardless party affiliations. Unfortunately, there is no unity of spirit of the 1980’s, so it is necessary to restore it to life.

– How do you see the relations of Artsakh and Diaspora in the future?

– I think that the relations, in the conditions of the existence of the national states, will be strengthened in any case: having a state, it is impossible not to establish relations with compatriots, living abroad. In time, the NKR and the Republic of Armenia should create appropriate structures, allowing enlarging the scopes of communication, to realize the potential, not used so far. In case if the events develop this way, we will become a real factor in the region.